Magic 2015 is the latest release in the series of video games about the popular Magic the Gathering card game. In Magic 2015, you go on a quest to stop Garruk who has found a mask that has possessed him. 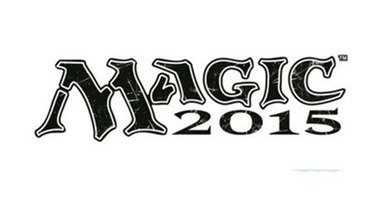 While I already covered some of my thoughts on this release in my initial impressions post, I have since beat the game. As I did so, I came to realize just how annoying and silly some of the changes since Magic 2014 were. Two-headed giant, a multiplayer mode that let’s you go 2 vs 2, is completely removed. Cards are locked behind a paywall. Opponents play cards that you can’t even obtain. The list just goes on and on.

The biggest pain for me was when I went up against Jace near the end of the game. To give a bit of

backstory here, in Magic 2014 I played with the Mind Maze deck primarily – a deck that focus on Illusions and being somewhat aggressive through buffing them with other cards (Lord of the Unreal). Well, come to find out the Jace match in Magic 2015 is exactly that deck. Why was this the biggest pain for me? Through seeing him play with this deck I was hit with the realization that I couldn’t ever rebuild that deck in Magic 2015, despite an opponent having it. There are many other examples of “cards opponents have but you can’t play,” but this is the biggest one that hit home to me.

The AI of your opponents seems somewhat all over. At first I had thought that only on the lowest difficulty did the opponent have a chance of not drawing a single land and keeping that hand. Well, while I was showing it to a friend while I was playing it happened again. Not once, but twice. Now the reason this even matters is because this didn’t happen on the lowest difficulty this time – I was on the medium difficulty! The only similarity I can tie between the occurrences it happened was every time I was streaming it to someone, and that do so was causing my game to slightly lag. If that is what caused it though, that is a very weird bug.

Magic 2015’s UI is absolutely horrendous. It is completely built for touch screens and not well built for PC’s at all. It is unnecessarily slow to get through to the submenus, and the scrolling of it with the mouse wheel will just randomly break. Also, if you are deep in a submenu – especially the campaign one – it takes a fair bit of time to back out.

While I haven’t touched the multiplayer section at all, it is very unlikely I will unless Two-headed Giant mode is patched in. I quite enjoyed playing 2 vs 2 with my friend back in Magic 2014 but now I can’t even do that.

Finally, the deck building UI can be… a bit frustrating. Any time you add/remove a card from your deck it will scroll to that card’s position in either list. While you can sort and filter the cards, it’s still something that slightly irritated me. There is also no way to just show your new cards so you have to actually remember what you got in each booster. Also, make sure you choose a deck you’ll be happy with through the end – or are at least willing to build a custom one – as you don’t start unlocking the other decks until much later in the game!

Magic 2015 is a massive step in the wrong direction from Magic 2014. The UI is horrendous, it’s a bit buggy, and you may find yourself hating the last boss if you die on the second part of it and find you have to refight the first match! All that only to get no booster when you do win… I can only hope that they will see the complaints regarding this game, and soon. Magic 2015 has a lot of potential to be great but right now it just isn’t.

This site uses Akismet to reduce spam. Learn how your comment data is processed.